“Take a peek inside my brain where fishin’ tales are spun.
My psychedelic fish parade has only just begun.”

A lot has happened in the 9 years since I moved back to South Dakota. Some of it has been personally difficult, some grossly unfair and some just plain terrifying. But much more of it has been very special, made that way primarily by some special and inspirational people. Among those people is a tall, gentle, terminally cheerful fellow with extraordinary talent and imagination. His name is Steve Bormes. Steve and wife Tova own a very cool retail establishment called Rug and Relic in the 8th and Railroad building in Sioux Falls (rugandrelic.com) It’s a gallery full of genuine Turkish rugs, antiquities and folk art that shares space for Steve’s artistic creations, which mix a crazy array of found items, lights and an imagination unlike any I’ve ever experienced.

A year and a half ago Steve was notified he had been chosen for a major exhibition of his art at the big gallery at the Washington Pavilion. He immediately went to work creating the most wonderful and whimsical creatures which would inhabit his “Imaginarium”. Last Friday my wife Joan, my Mom and I went to see the show and reception for Steve. The show was even more enchanting than I had expected, and I’d expected a LOT. It was like walking into a backlit giant aquarium with these fish/creatures suspended on wires or mounted to pedestals, all glowing from within with lights of all colors. The Little Johnson fish (pictured) are crafted from vintage Johnson outboard boat motor cowlings, grandma’s wire wisks for fins and airhorns off of a Peterbuilt for tails. There was chrome from 50’s cars, tail lights from a Caddy ambulance and on and on. It was especially neat to see the gaggle of kids who accompanied parents to this show. I can’t begin to guess what was going on in their little brains, but I bet it was neat

Full disclosure: On occasion I’ll hook Steve up with some interesting items I find in my travels. It was surprising and delightful to find a few of those pieces artfully repurposed within the Imaginarum. It reminded me of the day when I found the words to describe the difference in what I do with old junk for repurposing and what Steve does as an artist. I can look at a late 50’s Electrolux canister vacuum cleaner, or a giant steel sieve sleeve from a long-ago combine or some whirly roof ventilators off of an old barn and say, “These things have style and personality. Someone could do something neat with them”. Steve however, can look at the same pieces and say, “These things have style, and I’m going to do THIS with them.” This creative invention is born in Steve’s brain in a millisecond.

Enjoy the photos, but If you’re in the Sioux Falls area stop in and see the show in person, which runs until the first week in January 2017. Bring along some cabbage if you have it and take something cool home with you. And in the process I hope you get to meet Steve, because there’s only one and he’s it. JT

Sunday around bedtime I received a Facebook post from friend Jon Anderson.  His dad, Jarvis Anderson, had been honored with a Lifetime Achievement Award by the Rochester Amateur Sports Commission for 49 years of teaching and coaching baseball to thousands of kids and young adults in and around Plainview, MN.  I was one of those kids. Starting as a 7-year-old in T-ball in the summer of ’68, through 12 springs and summers of Peewees, Midgets,  high school and American Legion baseball, there was one constant…a single coach and teacher, Jarvis Anderson. I doubt there’s any kid anywhere who has played 12 years of baseball for a single coach, except of course the hundreds of Plainview kids over nearly five decades who all learned the game from Jarvis. 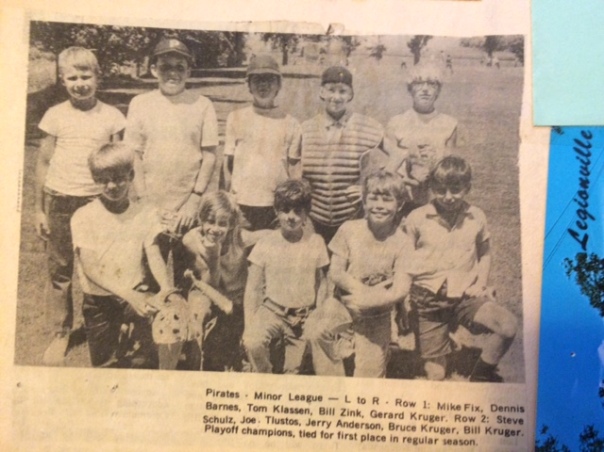 I was on many teams with outstanding players, and we won more than we lost.  Jon Marshman made hitting, running and playing shortstop look effortless.  Mark Bodurtha showed me you win as many games with your head as you do your arms and legs.  Twins Bill and Bruce Kruger grew up maybe 200 yards from the ball field. They could run, hit, field and throw with the best, but were even better leaders.  David Arnett brought style, sass and speed.  Ed Jacobs brought heart.  And Brent Wohlers was simply the best athlete and competitor I ever played with.  There were also guys like my best buddy Jerry Anderson, Steve Mueller, Roger Timm, and me, who had more moxy than skills.  There were many more, too many to name, but what we ALL had in common was knowledge of the game of baseball.  Regardless of skill level, we and countless players over 49 years all learned to play the game the “right way” from one man, Jarvis Anderson. 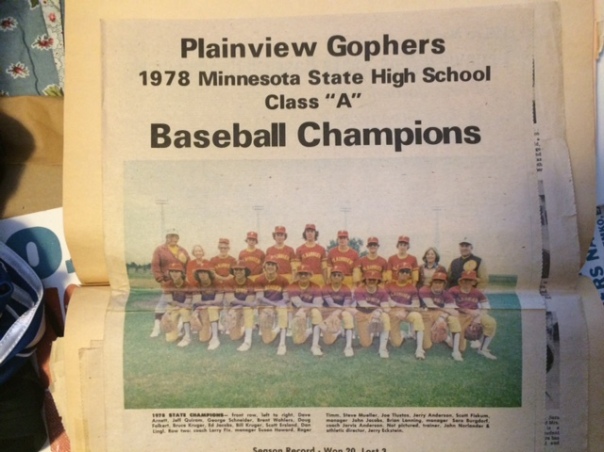 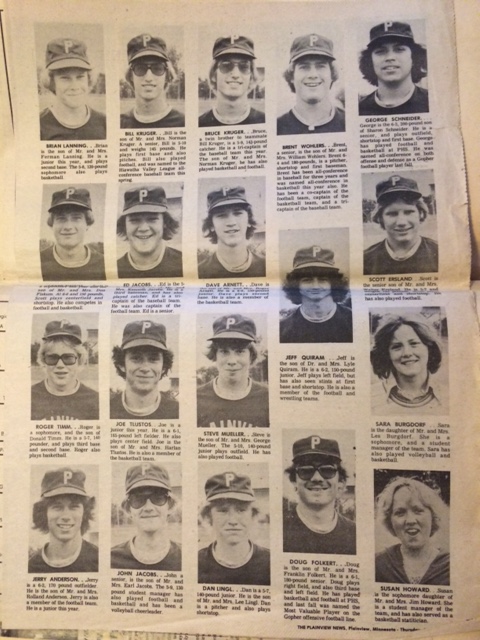 I was a minimally talented member of Jarvis’ 1978 PHS State Champions. We were a long-haired, high energy and rebellious bunch, and I think we tested his patience and tolerance more than we should have. I suspect both we and he were going through a lot of changes that year, and not necessarily in the same direction.  However, we found common ground and pulled it together.  The summer of ’79 we had another kind of team all together. We had one real player (Dan Moore, a splendid athlete from Elgin), some scrappers playing our last months of organized ball, and a bunch of kids not old enough to shave.  We lost a lot, and often big.  But we kept digging, and somehow caught fire in the tournament upsetting teams a lot better than us, and winning our Sub District playing Jarvis’ brand of “small ball”. 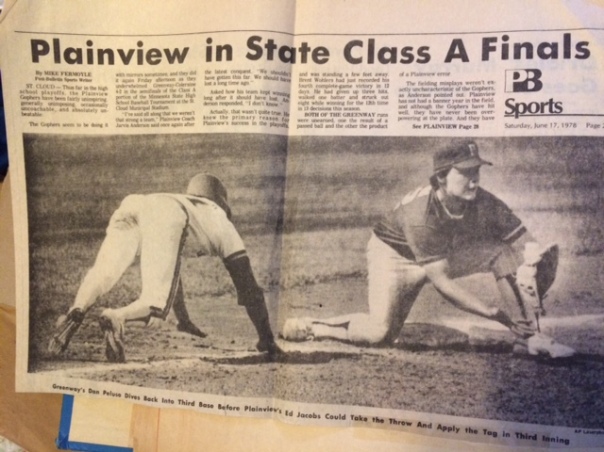